So, it's now Wednesday, and I have suddenly realized that I totally missed putting up an oracle or tarot card for the week, but after the weekend I had, I hope you will excuse me.

As many of you might realize, I have two children, a step-daughter who is 9 (and a half, she would have me add very insistently) and my son is 3, nearly 4. I'm also at the time I'm writing this, 21 weeks pregnant, with what has been from the start a very difficult and tumultuous pregnancy. I should add too that my step-daughter, who at the best of times has had some anger issues over her own mother up and leaving and moving to another province a 12 hour drive away two years ago, and her having just come back from spending a month with her, and her new baby sister by her birth mother, has not exactly made this situation at home any easier for us.

In short, every week with her there is a battle. Every. Freaking. Week. Sometimes it's about the way she handles her anger towards me, her nearest mother-figure, sometimes it's over the way she decided to just take off and go to her friend's house without letting us know where she was going (often after I have told her no to something too....), and sometimes it's over a build up of continuous attitude or rudeness throughout the day, and despite the many warnings to calm or tone it down, she's let herself get out of control. And just before this past weekend, there was a major battle. It was at the end of the day from Hell, and either she woke up on the wrong side of the bed to begin with, and things spiralled out of control from there, or she just decided to test the boundaries, and see how far she could stretch them. The only problem for my daughter is, I've got 20 more years of practice on being stubborn than her, and I win in the test of wills, every time. 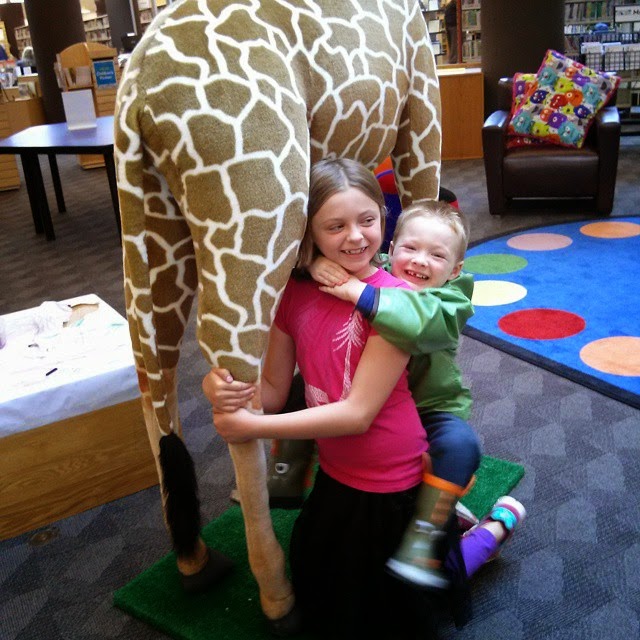 I guess this fact finally got to her, or she was just extra mad about it that day, but whatever the case, it ended up with her, and my husband and I in her room that night, sending a practically-hyperventilating 9 year old to bed very, very early, and her screaming at us that she hated me, and she wanted to go live with her mother. And then I might have shouted back something to the effect that I didn't like her very much right then either, and storming from the room.

Not exactly my finest hour.

As a daughter, you probably recognize that line, and have used it on your own mother, right when you knew it would hit below the belt, and wanted to cause maximum damage. As a mother, you will probably also recognize my response, from either having said it out loud yourself, or screaming it so loudly in your head, that you know it was communicated regardless. If you are not a parent, I want to let you know something: parenting is HARD, and sometimes, those little beings, as innocent as they are, know how to fight. Sometimes, they are deliberately cruel to their parents. And when someone who you MADE, or someone, in this case, who you've brought up since they were nearly 4 shouts "I hate you" in your face, it makes you do or say things you regret.

Her father decided that she and I needed a cooling-off period (he was right), and so we sent her over to her maternal grandparent's house for the weekend for a sleepover. Not only had everyone there missed her while she was out of province, but it gave Neil and I a chance to talk about what was to be done. We have a new plan of action, a couple of books to read about how to better manage ourselves as parents, especially in high-stress situations like that, and a promise that if things don't settle down and get better by say, Christmas time, that we will all get some family counselling together, both for her sake, and for our own.

Some of you may be wondering if we have tried counselling for our daughter, and I can tell you that that would be a lovely suggestion... if she were open to it. However, my own counsellors have strongly stated that if she child is not receptive to the idea, sending them any ways will only produce one result: total shut down towards the counsellor, and then at home, often increased anger towards the parents. She has already been through so much, and already has a lot of anger and confusion about her situation, we do not need to add fuel to the fire. Family counselling however, where we are all  present, trying to work with a professional on our collective issues dealing with this stressful situation, that's different. It communicates to her that we all need to work on our issues, it's not just her who has the problem, and that we are there to get better together, as a team.

Her return at the end of the long weekend has meant a couple of sit-downs, with serious conversations about what is, and what is not acceptable behaviour on her part, acceptable ways of expressing her anger, and even about how there are some things she will have to get used to just being unhappy with - like me supplementing her lack of school at the moment (long story, BC teachers are on strike currently) with grade level workbooks and lessons that support her curriculum at home (which she hates, because school is not what she wants to do with her day, playing with electronics and socializing with friends is, and she couldn't give a rat's ass about science, reading, etc).

So this crazy little thing called parenting has kind of taken over this week. And it probably will continue to as we spill into this coming weekend. We can see some things are not yet quite resolved, and we can tell already that there are few areas that she is going to be testing us on, just because she can, and also because she is still mad about it (like the school supplementation). I'll never regret getting together with Neil, and taking a role in raising his daughter, and I'll never regret starting a family of our own on top of it, but there are days I really wonder if I'll make it through. There are days I lose my temper and say the wrong thing, just like my own mother did to me. What matters is that I keep getting up the next day and trying to be the best parent I can be, all over again.

So, basically, about the weekly card thing, sorry. But real life is being a real bitch right now.