Reflections on my children's birth dates, names, and personalities.

Your eyes must be bugging out of your heads, seeing as how this is the second blog post in as many days, but I assure you, nothing is wrong... it just appears that I have more to say this week. With Winter Solstice quickly approaching, Christmas just days after that, closely followed by my delivery date, and a month later, my step-daughter's birthday, not to mention having just celebrated my son's birthday less than a month ago, well, you can see as to why I've been spending some time reflecting on my children, their times of birth, names, and personalities. 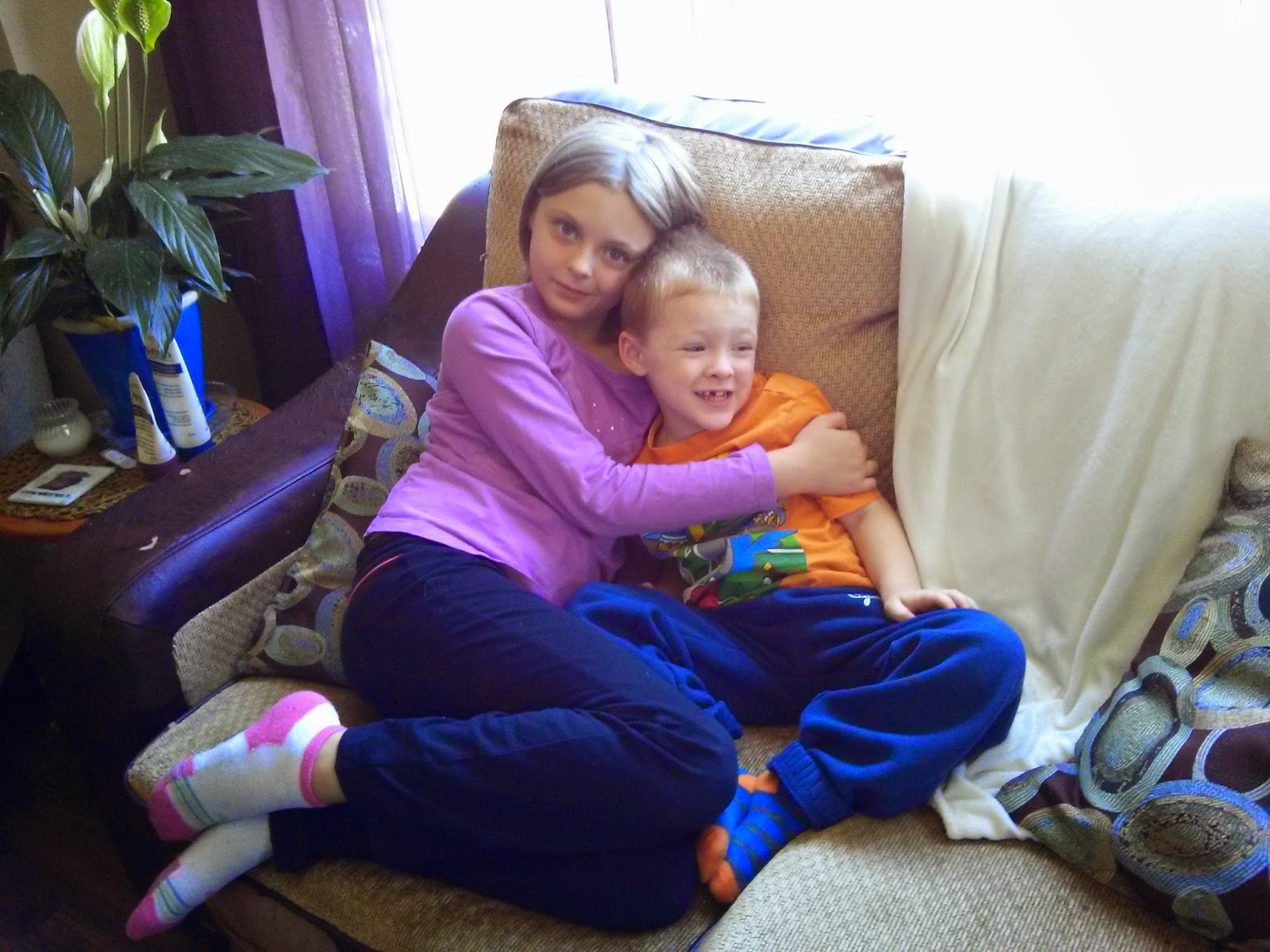 Let's start with Morgan... seeing as how she's the first born. Even though I didn't actually birth her into the world, I have had a great deal to do with her upbringing, especially since her mother moved out of the province two and a half years ago and she started living with us full time. Morgan was born on February 1, Imbolc, a very powerful time of year for us Pagans, and I think the timing of her birth had a powerful affect on her personality. Imbolc is of course, the pagan's first day of spring. We are seeing the days considerably lengthened since Winter Solstice, and if you live in a fairly temperate climate, the signs of life that are beginning to burst through the cold, hard ground are everywhere. It's a time of life literally beginning to burst forth, and yet, the reminders of the death that winter can bring is still evident as well. There is hope, promise, and potential for new life around every corner, yet winter still sometimes surprises us with a cold snap, a dump of snow, or biting winds.

Morgan's name reminds me of the Morrigan, who is of course, a battle goddess, but also one of sovereignty. Morgan is no stranger to battles - she has been fighting them since she was small. First it was with struggling to cope with a mother who was... um, less than motherly, and then it was to find her place as her parents split up. And even though I know I bring a lot of happiness and joy to her life, I know that my presence in her life is sometimes unwelcome to her, and she battles against me constantly. But through all the hardships and strife that Morgan has experienced, she has remained noble, steadfast, strong, and most importantly, a lover of life. Each blow that life has dealt her, she has taken, and then without hesitation, gotten right back up to battle it back. She knows her mind, knows what she likes, wants, and needs, and she is not afraid to march in with her head held high and fight for it... even when the fighting literally means that she will end up going to bed early for crossing "the line" with mom and dad in an attempt to get what she wants (like extra reading time, or candy, etc). She wakes up each day with a sparkle and zest for life that I have yet to find the equal of in another child, and she shines with excitement when things are going swimmingly.

Morgan's name means of the sea, Phantom Queen, and magnanimous, which, I think you will agree after reading all that, definitely fits her to a T.

Andrew was born on November 21, a time of the year that is fairly neatly half-way between Samhain and Winter Solstice, and he embodies a lot of the qualities of those two powerful Pagan festivals as well. For me, Samhain is a time of deep contemplation over one's life, both tangible and spiritual, and a time to consider what isn't working, and shed it, or change it. It's also a time for personal development, and retreating from the outside world a bit, to get one's bearings and prepare for the year ahead by deciding what type of life you want to create. Winter Solstice, as Kelly-Ann from TheFourQueens channel put it, is a time of putting a lot of those plans into action. You write down your goals, habits you want to commit to, and changes you want to make, break them up into actionable steps, and then start putting them into practice. It's a celebration of the coming of life with the rebirth of the Sun God, and that spark and glimmer of energy that is starting to rise back up into the ground.

Andrew reminds me very much of those festivals. He is not an easy kid to paint, personality-wise. He is often high-energy, yes, like the undying energy of the sun that is coming back into it's time of power, but he is also cautious, trepidatious, and slow to warm up to new situations, places, or people. He needs time to observe, contemplate, and decide who he will trust, and it's not often an easy or quick decision for him. He is also very definitely introverted. Andrew requires time to himself, either to play, or look through his books, or quietly watch his show, where he won't be disturbed until he's ready in order to recharge. He has a zest for life, and loves to start the day early, but he definitely embodies the quieter nature of Samhain at certain times of the day as well. But Andrew also embodies the Winter Solstice energy in the way that he bravely charges into things that are uncertain. He doesn't always want to socialize with people he doesn't know or trust, but sometimes he visibly will swallow his fear and answer questions that strangers ask him, or will take a chance and talk to a child who previously scared him with their extremely extroverted energy or greeting, things like that. He finds the strength within himself to cope with things that are frightening at times, or runs behind my legs to hide at others.

Andrew's name means manly and brave, and I agree with this. He is brave when he really needs to be, and he is all boy in the way that he plays, acts, his interests, etc. I grinned like an idiot when I learned his name meaning today... it's so suitable for him.

Lastly, we come to my unborn child, the daughter that I am carrying. I am exactly two weeks away from my scheduled c-section, and it's been a rocky, rocky road during this pregnancy. My baby has defied the odds that were against her from week 10, and managed to survive despite placental bleeds, an extra placenta, and a placental mass (basically a benign tumor) that has been competing for her blood flow and nutrition, and now low amniotic fluid, and managed to not just survive, but thrive. All the scans and ultrasounds show a very healthy and normally developed baby, and she is strong! Her movements, heart beat, and growth are all normal. This little one is a Fighter with a capital F. When I was still dealing with the initial problem - the placental bleed, I had a very vivid dream one night (which is significant on it's own, because I almost never remember my dreams) where she came to me, told me she was going to make it and be just fine, and that she was a girl, and I was to name her Emelie. I woke with such a startling sense of it being real that I was genuinely surprised to find that I was still pregnant, and didn't have an infant lying in the cradle by the bed. Until the gender was confirmed by ultrasound later on, I kept the dream a secret from my husband, and he was amazed to hear the story when I finally told him.

When I also told Neil what I wanted to name our daughter, or well, err, what she had essentially named her self, he loved it. He said it seemed to suit her perfectly, though neither of us really knew why. Today, when I looked up the name's meaning, I knew the answer. Emelie, no matter which way it's spelled, is derived from the same word, which means rival, intimidating, and strives to excel. If that doesn't describe what she has embodied thus far in the womb, then I don't know what does. She has beaten the odds, strove to excel, and displayed physical strength to get through major obstacles. If anyone is going to be intimidating (in a good way) later on in life, I think it will be her. Obviously, I will have to wait and see who she turns out to be over the next few months and years to see if this name is really as suitable for her as it already feels, but if my spidey-senses (or mothers intuition, take your pick!) are right, then this will be on strong little girl, both physically, and emotionally. 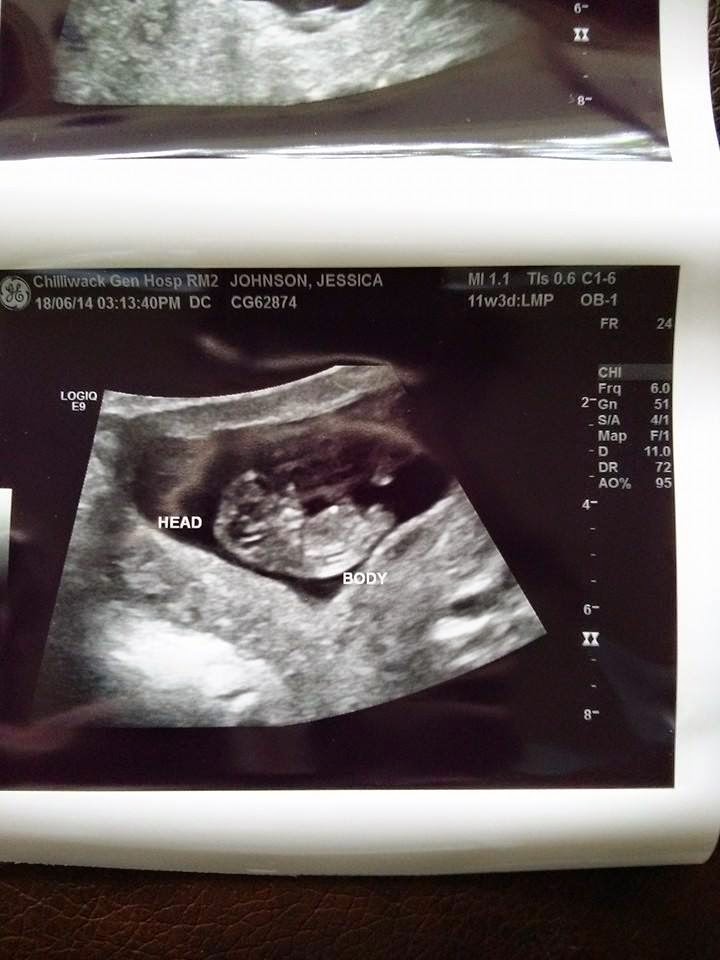 Well, I hope I haven't talked your ears off too much with this post (figuratively speaking), and I'll leave it off there. Take care everyone!