First off, if you've found me through #tarothon2019 welcome! I'm so thrilled by the wonderful feedback I've gotten from you guys since I did my live broadcast for Tarothon last week. I really enjoyed sharing a new spread that I designed specifically for the event with you, and I'm glad to hear it's helped many of you. But I want to take some time to talk about another subject that I'm very passionate about, and that's civil rights for the members of the LGBTQ community, of which I count amongst the members of. Every June I pause to remember how I came out to my mother, and how anti-climatic and disempowering that was, and how much things have changed for me, and between us, since then. I take time to appreciate how open I can be about my sexuality and not feel persecuted at every corner, and I also consider how far we still have to go as a community, and how I can best add my support to that progression. 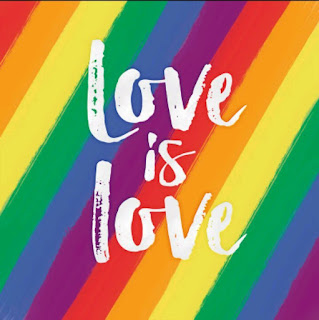 I fully realized that I was bisexual when I was about 15 when a friend of mine told me about the concept, and that word was finally added to my vocabulary. I had wondered if there was something wrong with me all through middle school when I saw what the inside of my locker looked like in comparison to other girls (hint, mine wasn't covered in images of half-naked male celebrities, but empowered-looking women, and of course, images of nature), and why I felt so strongly about both boys and girls I had crushes on. I thought I might be gay, but then I questioned it when I felt my face flush red when my youngest brother told a boy I'd admitted to liking that I had a crush on him, and I knew that couldn't be right either. Once I had the label of "bisexual" I felt so much more empowered because I knew partly what I was instead of struggling to find out what I wasn't.

But when I did try to tell my mom about my sexuality I was sorely disappointed. She immediately brushed it off as some sort of phase, and put it in the same box as the other quirks of mine she hoped I would outgrow once adolescence was over. I felt invisible in that moment, like I couldn't be taken seriously, and it was a feeling that I would experience on a regular basis as a bi woman over and over again. Bi-erasure is a real thing that happens, and it's not a fun feeling to have. We are often lumped in with people who are still exploring their sexuality, we are avoided like the plague by people of our same gender because they are afraid that being with just one person of one gender won't be enough for us (hint: bi or pansexual does not equal polyamorous), and if you're a bisexual woman, coming out to your new boyfriend or male date can be scary since you're often looked at as their ticket to fulfilling their threesome fantasies.

A lot of people call us greedy because we "can't" choose just one gender to stick with, and sometimes we're a source of suspicion and jealousy in relationships because our partners may often wonder if they're "enough" for us. Bi-erasure is even prevalent in our witchcraft and tarot communities, with few decks offering a bi-sexual card or cards, and a lot of covens excluding people who LGBTQ. Traditional covens that require people from both genders will often not accept people who are transitioning, gender fluid, or if they are allowed in the groups, they may not be able to hold powerful positions because they don't conform to traditional gender roles and stereotypes.

So, this Pride Month I encourage you to look at members of our LGBTQ community with fresh eyes, and look at your magickal tools, statuary, and symbols as well. It's becoming more and more acceptable within the pagan community for people to work with just the goddess, or a combination of gods and goddesses, pop icons, or even no iconography at all, and I hope that this greater acceptance of the direction witchcraft is headed in can inspire us to be more accommodating of needs and desires of the queer community. Gender-fluid or genderless deity statues, a tarot deck that demonstrates the diversity of queer people and culture, a less intense focus on "masculine and feminine" within the craft, and a greater focus on connecting with the people in our community, regardless of what's between their legs and more about who they are as people and what they can bring to the magickal table.

Before we go, I just want everyone to know that if you are a member of the LGBTQ community and you're struggling emotionally, I have a special tarot reading option just for you! This option is always priced low, as I know statistically, queer people have a harder time holding down steady employment due to discrimination in the workplace. This spread won't break the bank, and its designed to get you the support and love you need to conquer your obstacles and move those mountains! You can check it out by clicking the picture below. 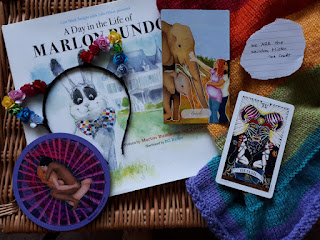